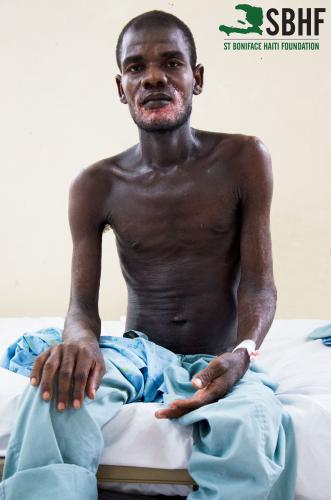 “My name is Abner,” he says, hiding his face with his sheet. He slowly lets it fall from his grasp to reveal a painful rash around his mouth and props his emaciated body up on one arm, holding onto the IV pole for support. “I’m thirty years old and I live in Puits Laurent, but I’ve been here at the hospital for a week now with diabetes.”

Abner, an inpatient in the men’s ward at SBH, has uncontrolled Type II diabetes, a chronic condition that is caused by resistance to insulin – the hormone that regulates the effects of sugar consumption. Diabetes, like many non-communicable diseases (NCDs), affects low-income countries like Haiti most drastically; more than 80% of diabetes deaths occur in low and low-middle-income countries. Though infectious diseases like tuberculosis and cholera often make the headlines, NCDs are huge threats to the lives of people like Abner. By 2030, NCDs are expected to be the leading cause of death in many low-income countries.

This isn’t Abner’s first visit to SBH. He has been a frequent patient since December and his visits often extend for weeks at a time. Often, he forgets to take his medicine and presents with severe calf and leg pain after eating or drinking too much sugar. This time, a highly painful rash has appeared around his mouth because of an allergic reaction to a medicine he was taking. The symptoms are incapacitating. “I can’t do anything because of my sickness,” he explains. “I make a living by growing vegetables, but I often have so much pain that I can’t even speak, much less work.”

Abner speaks of the ways in which his diabetes complicates the rest of his already difficult life. He explains that he is homeless and trying to support his ill mother with his inconsistent work in a local garden. “I don’t have a house. I didn’t attend school. I’ve spent three years working for food in a garden but I can’t tend to the plants while I am sick. The worst is that I can’t help my mother because I don’t make enough money.” His life represents the challenge faced by so many underserved Haitians: sickness and disease have the dangerous potential to force perfectly capable people into poverty and hold them there by restricting financial and social mobility.

Despite the forces conspiring against him, Abner maintains a hope given to him by the tireless efforts of the SBH physicians and nurses. “I have had a good experience at St. Boniface,” he says. “The staff here do good work and they heal people. Without their dedication, I would have to pay a lot of money to visit a hospital further away.” Abner leaves the likely reality unsaid: like many residents in and around the Fond des Blancs community, he wouldn’t be able to afford to go to another health care facility. Treatment for a long-term disease like diabetes would be prohibitively expensive. The work of the SBH staff members gives him the chance to live and, eventually, the chance to provide for his mother.

“With the help of doctors and God, I will get better,” he affirms.

“This is the first hospital I’ve been to that has welcomed me like this.” 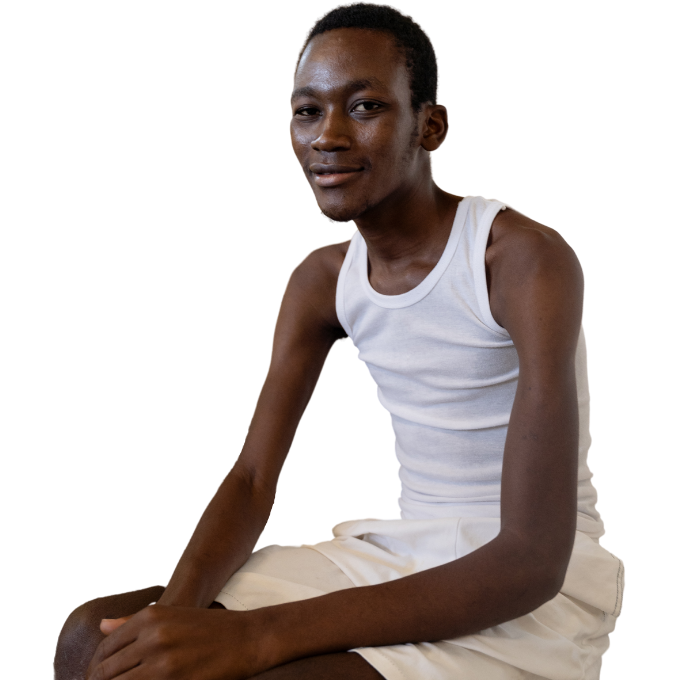