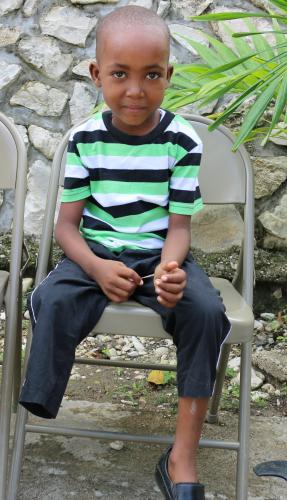 Jamesly is excited to receive his new prosthetic leg.

Five-year-old Jamesly can now run and play just like any other kid, thanks to a little help from the One Leg Up On Life team.

Five-year-old Jamesly Miscadlen was born with shortened bones in his lower right leg, which caused the leg to be deformed. His parents took him to several hospitals to see if it was possible to correct the limb, but they were unable to find any affordable care. By the time Jamesly was two years old, doctors decided it was best to amputate the leg. The family was then referred to a prosthetics shop in the southern city of Les Cayes, but they could not afford the prostheses there. However, Jamesly’s family knew that SBH provided excellent care, and they soon found out that the organization One Leg Up On Life (OLUOL) would be coming to create free, custom prostheses and provide physical therapy for amputees in southern Haiti. Jamesly was referred to the program and was soon on his way to receiving a brand-new limb. 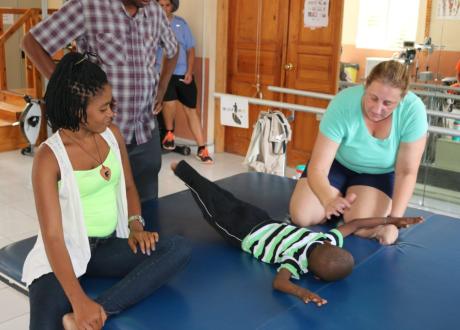 Jamesly strengthens his muscles with the physical therapy team. 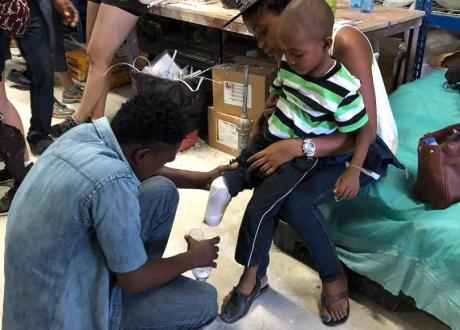 OLUOL holds twice-yearly prosthetic clinics at SBH to create and fit new prosthetic legs and arms for amputees in southern Haiti. In addition to supplying all of the material and prostheses, OLUOL provides adjustments and maintenance to existing prostheses for people in the local community. SBH’s own physical therapy team builds on this work by providing ongoing care to people in southern Haiti who use prosthetics. Because there are few accommodations for people living with disabilities or limited mobility in the country, a prosthetic can be life-changing for a patient like Jamesly.

When a patient like Jamesly arrives at SBH for the OLUOL clinic, they first receive a consultation from the OLUOL team to better understand their needs. Next, the patient is fitted for their custom prosthetic. This involves creating a mold of the patient’s residual limb to ensure that the finished prosthesis is custom-fit to their body. Once the prosthetic is finished, the patient receives training and physical therapy to help improve strength, endurance, limb function, and control of the prosthesis.

With his parents at his side, Jamesly took his first tentative steps. A small smile broke out on his face as he began to walk across the workshop floor on his new prosthetic leg. His parents welled with excitement: for the first time, their son was walking on two legs, gaining newfound independence he may have otherwise never had. Jamesly told us that he was excited too—because finally, it would now be easier to play with the other kids at school. Thanks to the help of One Leg Up On Life, Jamesly can now return home and run, jump, and play just like any child his age deserves to do.

Your donation will help Nurse Laguerre provide the highest-quality care to every patient in need. 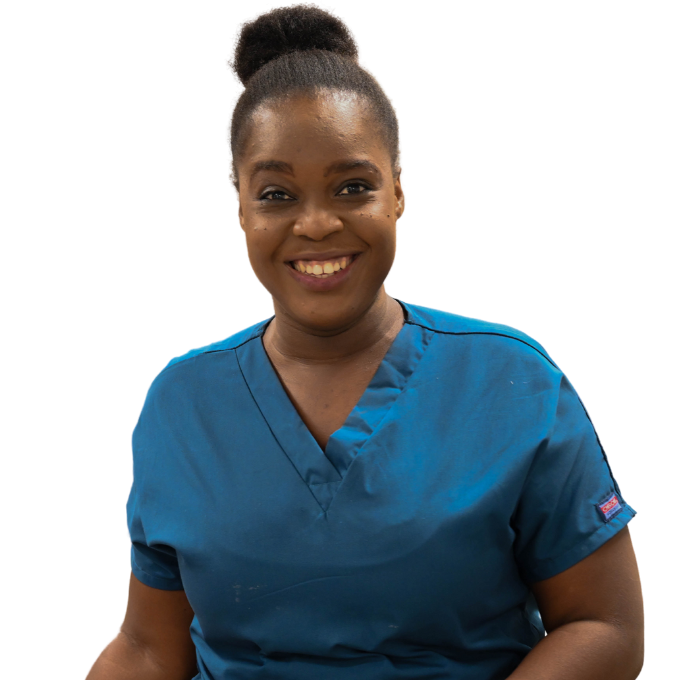