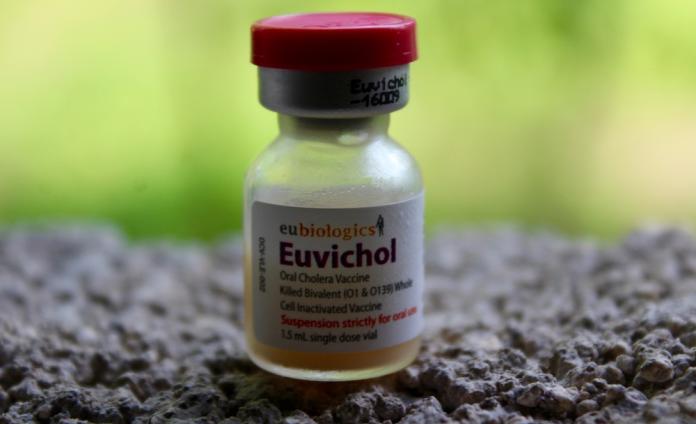 Our community-focused approach mitigates the crisis in southern Haiti and helps save lives.

Cholera is an intestinal infection contracted through contaminated water sources. The destruction caused by earthquakes and hurricanes offers the perfect breeding ground for the disease: damaged infrastructure and limited hygiene allow cholera bacteria to enter water and spread widely.

Cholera reemerged in Haiti in October 2022. This outbreak began in the capital city of Port-au-Prince amid a complex humanitarian crisis, which includes ongoing gang violence and unrest, fuel shortages, acute food insecurity, and lack of access to clean water and medical care. These crises have made treating and containing the outbreak extraordinarily difficult. By early December, suspected cholera cases were spread throughout the country and Haiti’s Ministry of Health reported laboratory-confirmed cases of the disease in eight of ten geographic departments. 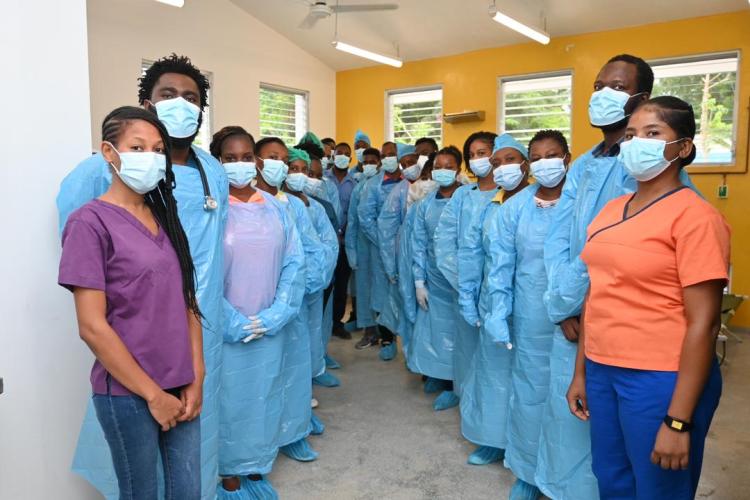 Guided by our experience responding to Haiti’s 2010-19 cholera epidemic and the COVID-19 pandemic, HEI/SBH rapidly prepared a comprehensive response to the new outbreak.

Our team established a 15-bed cholera treatment center at SBH. Staff who volunteered to work at the treatment center were trained to safely treat and manage this highly contagious disease. They are implementing infection control protocols informed by World Health Organization (WHO) best practices and were ready to receive our first suspected cholera cases during the week of November 7th. In the face of great obstacles, our operations and supply chain teams are working to source necessary supplies, including IV catheters, antibiotics, oral rehydration salts (ORS), personal protective equipment (PPE) like gloves and gowns, and cleaning supplies.

Our community health team also launched an outreach campaign to educate the population in our area about cholera and cholera prevention through community meetings, review of handwashing practices in schools, and home visits.

Finally, in coordination with the Haitian Ministry of Health and USAID, HEI/SBH is designing a coordinated effort for a possible regional response. This may include activities such as community-wide hygiene kit distribution, vaccination campaigns, public health education campaigns, hand washing station installations, and support for regional health facilities.

The first-ever case of cholera in Haiti was identified in the Artibonite River valley north of Port-au-Prince in October 2010. It was traced to improper waste management practices at a UN Peacekeeper’s camp. Cholera spread rapidly throughout the country, eventually killing nearly 10,000 people, according to official Haitian Ministry of Health figures.

HEI/SBH helped lead the charge against the cholera epidemic in southern Haiti, which intensified after Hurricane Matthew in October 2016. According to the UN Office for the Coordination of Humanitarian Affairs (OCHA), Haiti saw a 258% increase in cholera infections between 2015 and 2016.

Our two-pronged approach focused on safe, isolated treatment, as well as dedicated prevention efforts in communities most at risk for the disease. In these areas, our community health team provided education about cholera and how to prevent its spread, and distributed water treatment kits and oral rehydration salts.

Following Hurricane Matthew, we also launched a mobile clinic team to administer cholera vaccinations to people who would not otherwise have access to preventive medicine.

Thanks to the coordinated efforts of the Haitian Ministry of Health (MSPP), CDC (U.S. Centers for Disease Control and Prevention), Pan American Health Organization (PAHO), United Nations Children’s Fund (UNICEF), and organizations like ours, the cholera epidemic retreated.

Prior to cholera’s resurgence in 2022, the last laboratory-confirmed case of cholera in Haiti was detected in February 2019 .